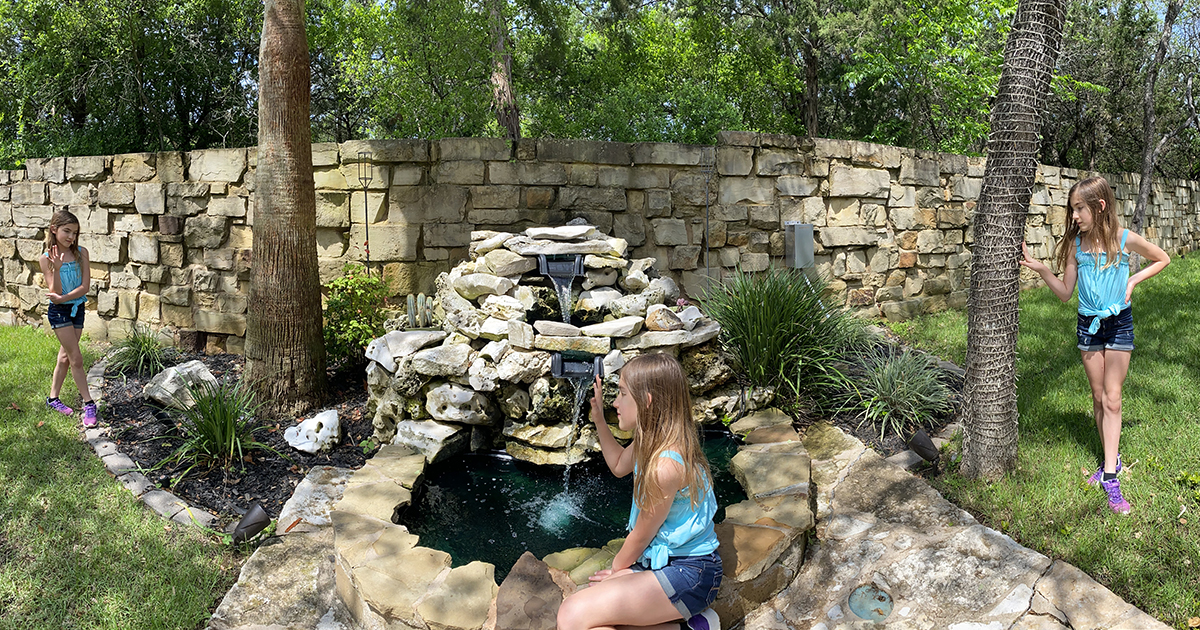 As our world is changing and we are currently confined to our homes, I thought I’d try to find something to write about that includes fun activities for people to try at home.  So I searched google for fun camera tricks to try at home.  I varied the searches as I continued to try to come up with enough ideas to keep people busy.  Here’s what I found.

For the feature image above, I had my daughter start by standing at the left.  I moved my iPhone slightly to the right and once she was out of view, I paused and had her run around me and sneak into the center position.  Then I did the same thing as I panned to the right.  The photo below is essentially the same, but using my husband in two different positions as I panned.  The third image is my daughter running as I panned. 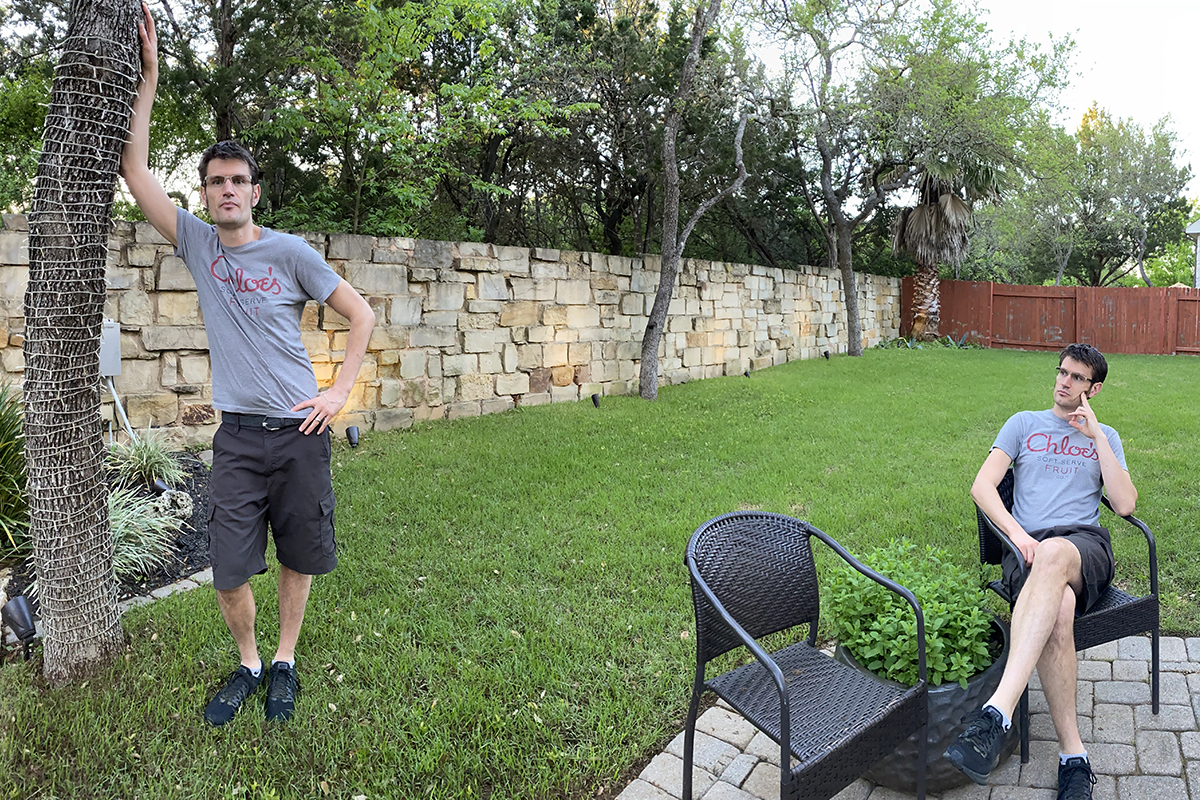 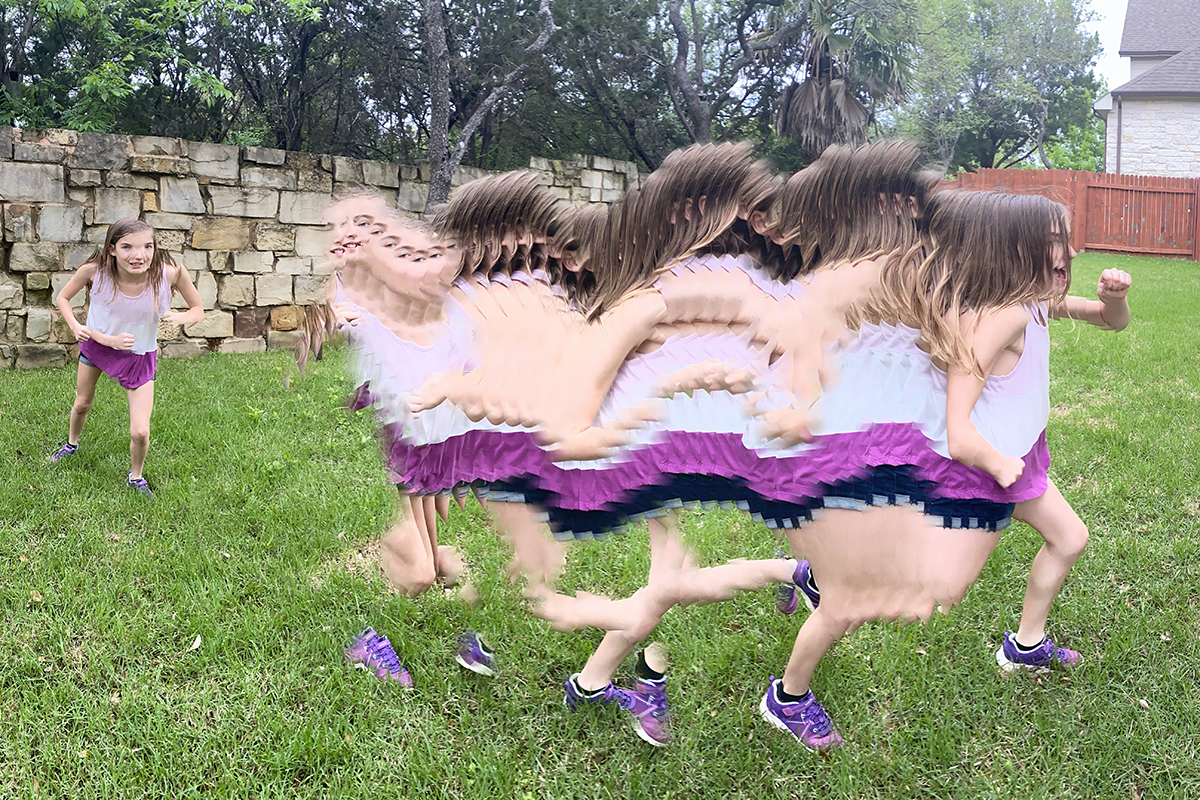 The next three images below are using the panoramic feature, but vertical.  The first two I used movement to my advantage.  As I was moving the camera upward, I asked my daughter to move her arms (image 1) and move towards the camera (image 2).  The last vertical image, which is of our pond, I panned upward using the wide angle lens to get a distorted effect. 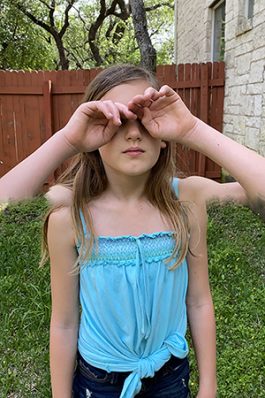 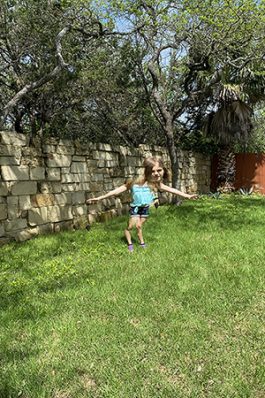 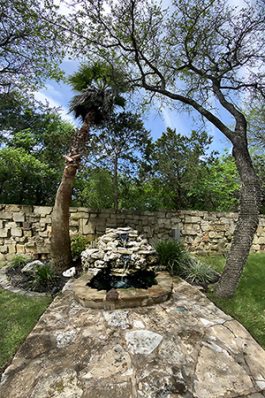 The next few images are creative photo ideas using a second device.  The first image demonstrates a mirror effect.  In this shot, I setup my iPhone and used our tablets reflective side.  I placed my iPhone horizontally and then lined it up with the edge of our tablet, so it’s under the lens.  You may have to play around with this a bit.  You can also try tilting the other device to change the position of the effect.

The photo under the mirror effect uses an image I found of cat eyes.  I then had my daughter place the iPhone over her eyes and took the shot with a second iPhone. 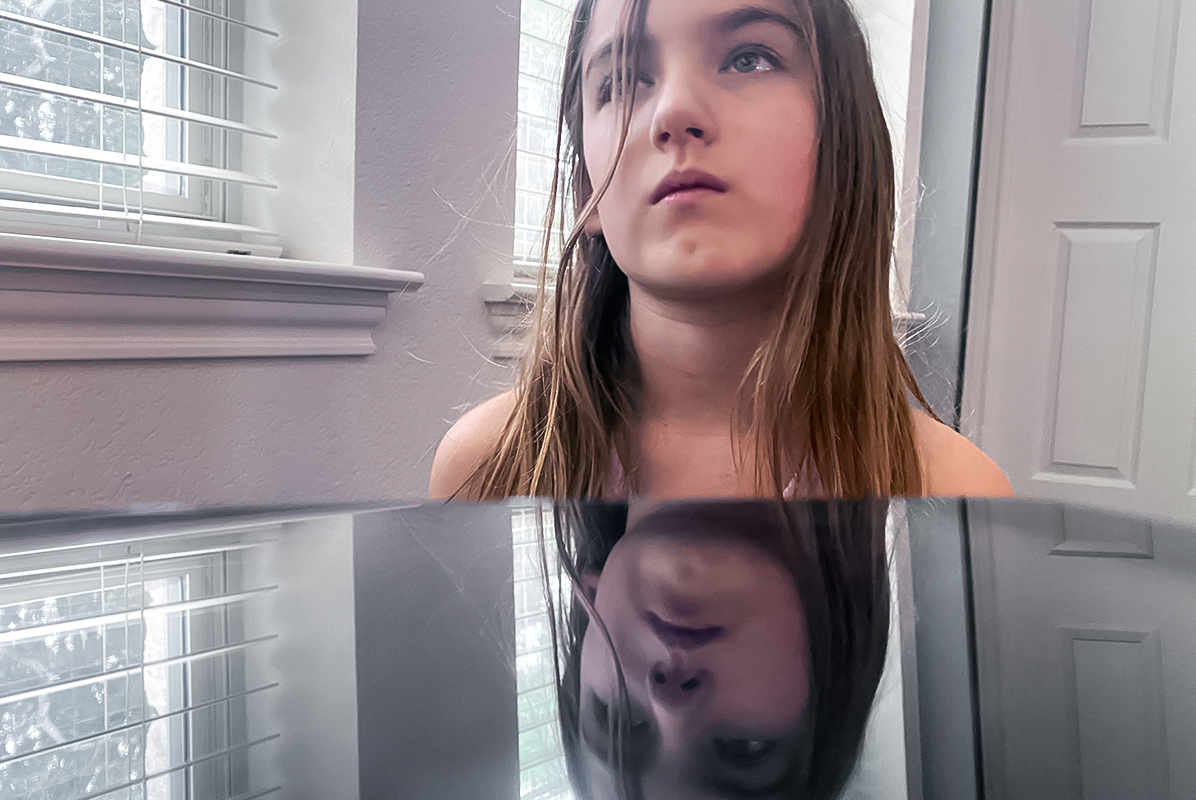 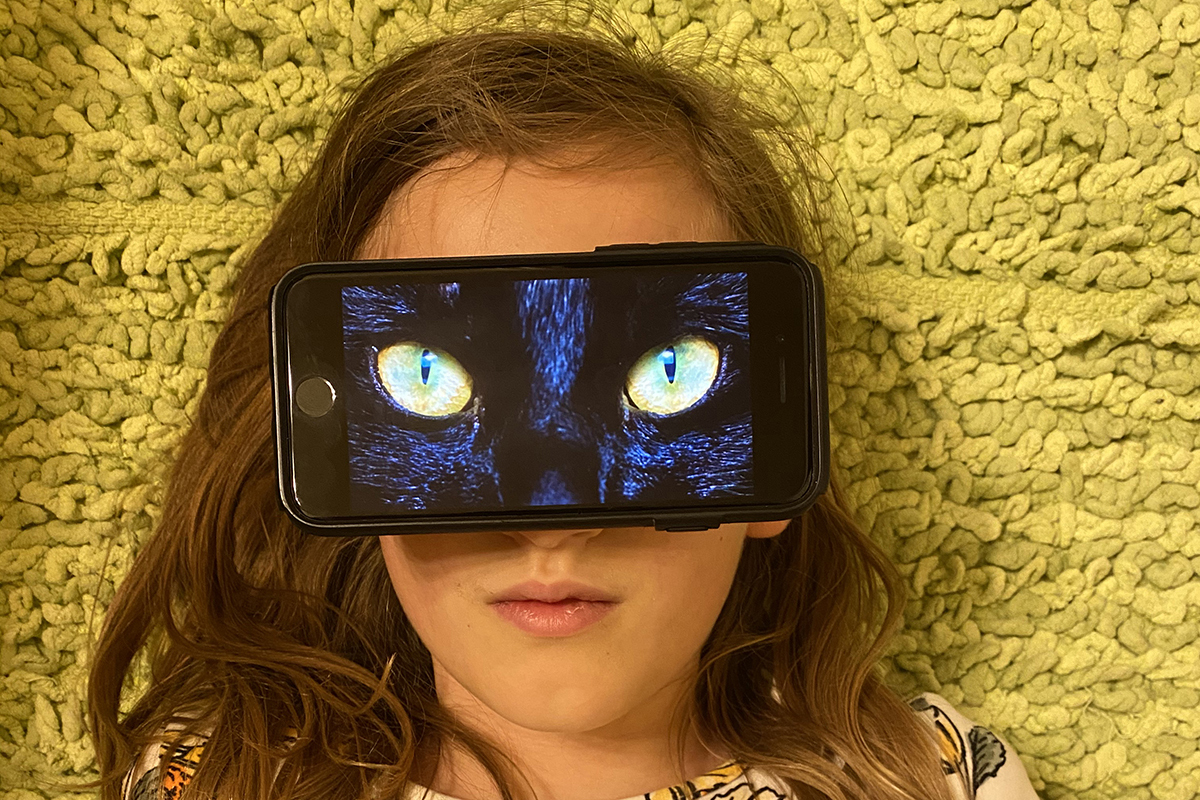 Who knew we could create a long exposure on our camera phone?  Ok, well I definitely did not!  I don’t know if it works for other smartphones, but here’s how it’s done for iPhones 6X and above.  Open the camera app and select Live in the upper right corner (icon with concentric circles).  Then select the upward arrow in the center top of the screen and notice some icons now appear at the bottom of the screen.  Look for the timer icon and select it. Then press 3s and take your photo.  There is a choice for 10s, but I found that the 3s worked better for me.  If you happen to have a tripod for your iPhone, use it.  I did not.  I just held my phone very still.  After the photo has been taken, open it in the photos app and swipe up on it to reveal effects.  Then swipe left until you see the Long Exposure effect.  Select it and your done. If you don’t like it, you can always revert back to the original. 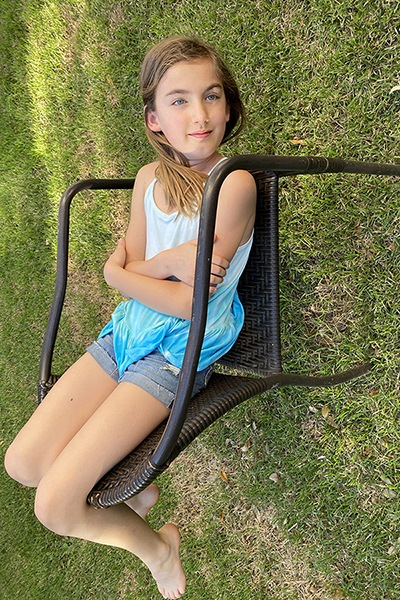 There are so many things you can do with this.  Just search Google and you will find plenty!  However, I just stuck to a few very simple ideas.

The first one is my daughter lying on the chair with her legs angled up, but when the image is rotated it looks as though she’s sitting on a chair.  This would look even better if the back part of the chair looked more like the seat and was not angled.  The position was hard because her head naturally wanted to tilt downwards.  We also had to place her hair to the side of her neck so it wouldn’t hang down.

The second image (below) is of my husband lying on our driveway.  This is the only image I took with my camera instead of my iPhone.  This can be done with a smartphone, I just happened to take it a few weeks ago when I first started this project .  We were trying to create an image where I was looking down at my husband as he was hanging from a ledge.  I’m sure this can be done even better with more practice!

I would love to see what others come up with.  If there is enough interest, I would be happy to create a page where I could post other people’s images and share.  If you think you are interested, send me an email or respond to this post on my Facebook page! 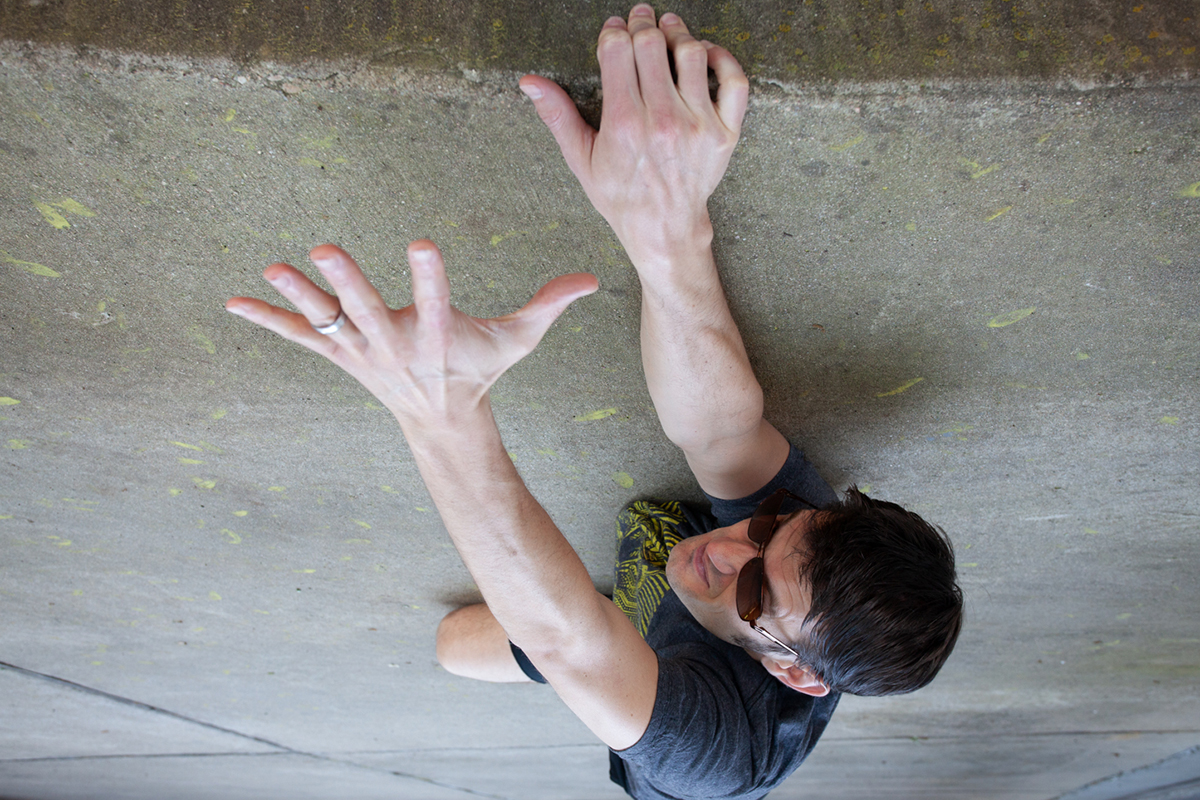